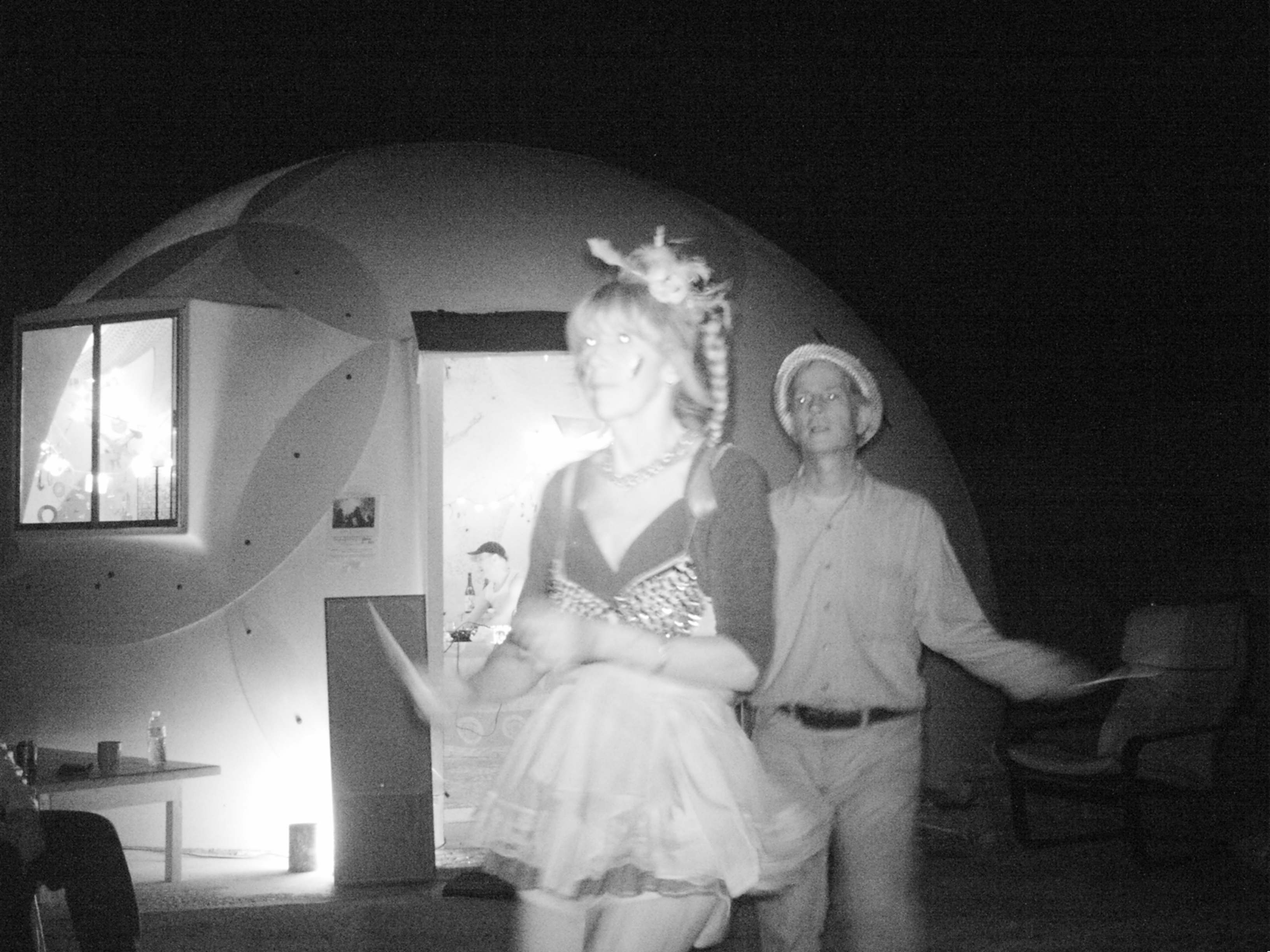 This page showcases a great amount of live acoustic and music recordings I have made since 2001 and of the High Desert Music Camp sessions between 2003 and 2019.  Additionally, there are files of sessions made at the Reward Mine Tank (amazing echo-chamber). We are not certain if we will be hosting a 2020 gathering, but if so the recordings will be uploaded here!
-----
The Story:  Beginning in September 2003, the annual "High Desert Music Camp" was begun in a tiny hamlet close-by Death Valley National Park called Darwin (Alias: "Darwoon" see below at the bottom...)
The annual gathering of musicians of all kinds was instigated with the goal of creating improvised acoustic and amplified music, and also workshops and skits.   Approximately 25 to 50 people have gathered for this event which was by invitation only.  (I liked the first HDMC - 2003 - the best by far, as it was the first one; exciting and novel; one of the smallest HDMC gathering;  I knew about everyone there; and I met a wonderful little kitten (and his sister Daisy) named 'Rocky' - a cool-dude Tuxedo-Cat that was so friendly - a great companion for almost 13 years.
And so, our HDMC 2003 was small and rather more "intimate" (would maybe be the best descriptive word) for the small gathering, mostly in the Darwin Dance Hall but also in the Darwin Dome.
The results of the many hours of digital-audio recordings made during each HDMC were amazing, and after the conclusion of each Music Camp audio recordings made during each event were reviewed and selected for a CD-release (75 to 78 minutes each).
Each CD release has been converted to an MP3 audio-file of the same length, and several audio-files have been made from specific selections from the longer CD-length audio-files herein.  Additionally, I am including recording segments made that have not been included in the original CD releases.  All are playable via the embedded audio-player above on this page.
Recorded by Stephen P. McGreevy (over 90% of the content herein), Kathy Goss (certain HDMC sessions of pehaps 10% of the recordings done), and other attendees too (<1%).  Engineered and Edited by Kathy Goss and Stephen P. McGreevy.  (Public Domain herein).
* * * * *
Find out about the 'High-Strangeness' of Darwin, California (Darwoon) at this YouTube Link (Darwoon Dyreez). Amazon has the cool book of the same title, written in an unusual 'dialect" called 'Darwoonese':
https://www.youtube.com/channel/UCHNKXauqpZlVueAoTVcrEJg/featured
Internet Search: "Darwoon Dyreez"